"Unfortunately the only dicks I have sucked are EXTREMELY SMALL. "

Hey Spongebob? You have the Time?

Scout
Proto Kirby is an experienced Generation 3 Tagger on TF2Tags, joining February 21st, 2016. Having risen from a beginning of abject shit Tags in her beginning days to those making her worthy of joining the Hale's Own Club.

Proto first discovered the site from fellow Tagger Bonkspenser, who published a guide on renaming TF2 items. When she arrived on the site under the name Peridot, her tags were missed to absolute hell. This was both in part due to the quality of the Tags and the fact that this was the period where Generation 2 was at its height, therefore the Taggers on the site at the time were extremely hostile to incoming Taggers. When an unknown Tagger (as the Tag has been deleted) recommended that Proto delete all of her missed Tags in order to raise her score, she nearly left. However, that Tagger inspired her to do so and get a fresh start. However, she eventually left the site.

She would return after the breakthrough of Vulture_Prime, returning to a much more amiable, welcoming site than the one she had previously known. She remained active during the summer, and in August 2016 she renamed herself to Smoky Quartz. In December of that year, she, along with many other Generation 3 Taggers, congregated to join a TF2Tags Discord server so that the community may better get to know each other. It was through this server especially that she began to be much more well-received in the community. At some point in 2017, Smoky changed her name to Proto Kirby, which she goes by to this day.

Proto has participated in most Shitstorms that occurred since her joining, narrowly missing the end of The Attack of the Clones, which ended the day before she joined. The only one she missed during her time on the site was The Attack of the Clones II: The Buttrapening. She was there for the Minisentry Incident, the breakdowns of Meta Breakers, witnessed Jesse's last few Tags before he was permanently banned, and was there for the second Bring Back Misses movement. She participated in The Wahfather's Ascension, The Sappening of 2016, and The Greatening of 2017. During the fallout of Makin' Bacon's Announcement, she supported HogPilot. She was a background participant of The Greatest Event in History.

On March 26th, 2018, Proto reached the coveted Hale's Own status, inducting her into the Hale's Own Club, the second of two Generation 3 Taggers who have done so (the other being Llux). It stands as one of her greatest achievements, particularly given her rather rocky start on the site.

Proto Kirby's Tagging style consists of whatever pops into her head at the time of tagging. It is a rather risky style, but seeing as to the fact that she has gained over 8800 points it has worked for her. She is also known for making movie-based Tags, as her father often watches movies with her. On occasion, she dabbles in the world of memes and sometimes copies pieces of media.

Proto Kirby does not like confrontation and attempts to stay out of other peoples' ways, though she likes to think that most people like her. She has recently bonded with Makin' Bacon over their love of the movie Chef. She and Jesse have a history of anger and dislike, though lately Proto feels that he has gotten ever so slightly softer towards her. She has a slight bond with Relk Cehi over a mutual love of the game Escape from Monkey Island. She considers Walumancer and Meta Breakers to be good friends, and has even helped the latter calm down from one of his infamous outbursts. She is a part of The Wahfia. She had a rocky start with Bloo Kirby, though she eventually grew to heavily respect the fellow Kirby and treated Bloo like her role model. Infact, they both are currently dating.. She is also a good friend of Llux's.

The only Tagger Proto considers to be outright hostile towards her is Player 1 + Player 2, who has, in her eyes, a jerk to her numerous times. Whether this was outright malice from P1P2 himself or his signature brand of ball-busting is subjective to who you ask.

All in all, Proto thinks of the TF2Tags community as a very dysfunctional family of sorts, even if Taggers almost never totally get along. For many, that is an unrealistically optimistic view. For others, it is the perfect description. 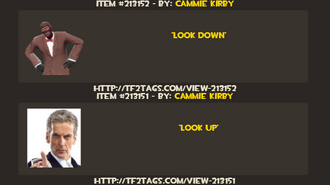 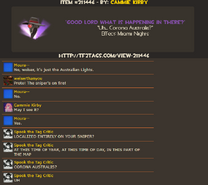 Retrieved from "https://tf2tags-lore.fandom.com/wiki/Proto_Kirby?oldid=10035"
Community content is available under CC-BY-SA unless otherwise noted.